Our update from Laurie Klassen in SK, Canada:

“A successful season has come to a close for this Saskatchewan Cowboy Dressage rider. The cold and snow has crept in and the horses will have a winter layoff now.

The season was fun and I feel I accomplished some good goals. Both of my Marchadors ended up competing after my mare Joia had to be laid off to an illness.

Joia has beautiful rhythm and this season received a bronze award and pin for her accomplishments.  Beethoven went from the trail to the rail to the show arena in a blink of an eye as he stood in for Joia.
Beethoven received some good marks in his dressage tests and was awarded a champion ribbon.  Judges for the season were Kim Moats Canada and Lynn Ringrose Moe California for the finals.

Marchadors have lovely rhythmic movement and I encourage MM owners to give this sport a try.

Thank you to Jody Lynn Busch Horsemanship for her guidance.”

Photos of Laurie with her 2 Marchador horses – Joia and Beethoven!

In January, the Equine Journal published a page about the Mangalarga Marchador breed in Bits and Pieces!   The photo chosen for the article is Beethoven do Summerwind (La Paz Jivago x Azenha de Maripa).  Beethoven is owned by Laurie Klassen in SK Canada.   Photo by Judy Wood. 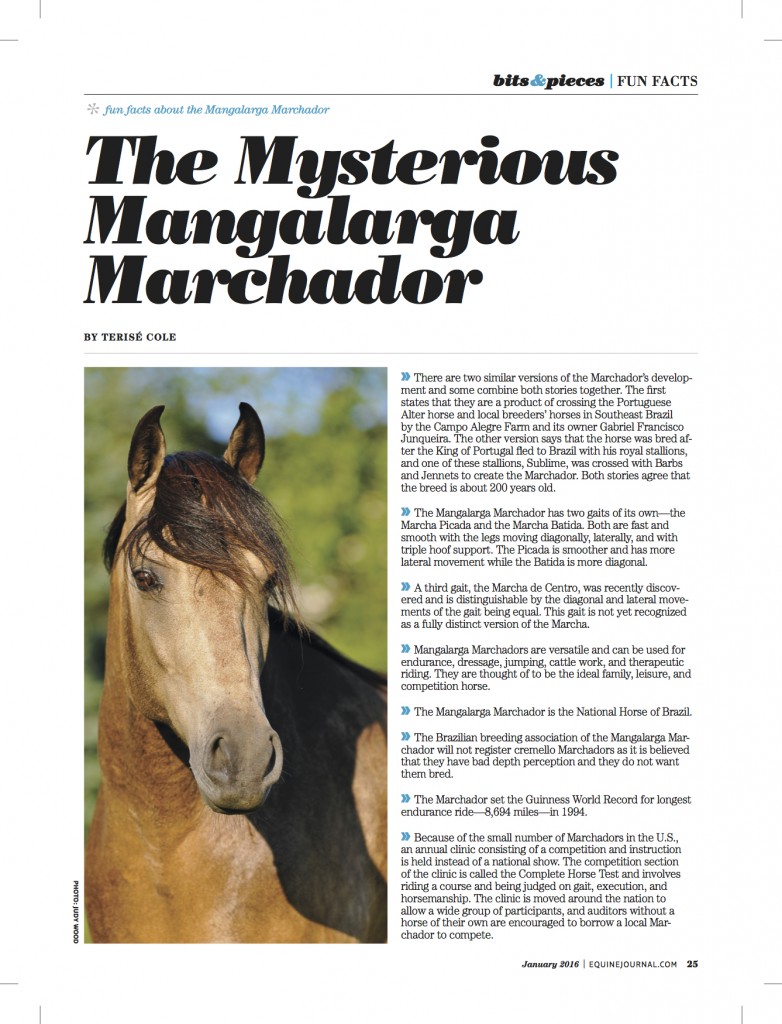 We appreciate it when we get press, especially when it’s their idea!   We hope their readers loved the article.     There is currently only one Marchador in New England.  And that Marchador is gelding, Chama-Lustre do Lucero, with Cyndy Falvey in Maine.

Photo of our ad (breeders and the USMMA) appearing in the June Trail Rider: 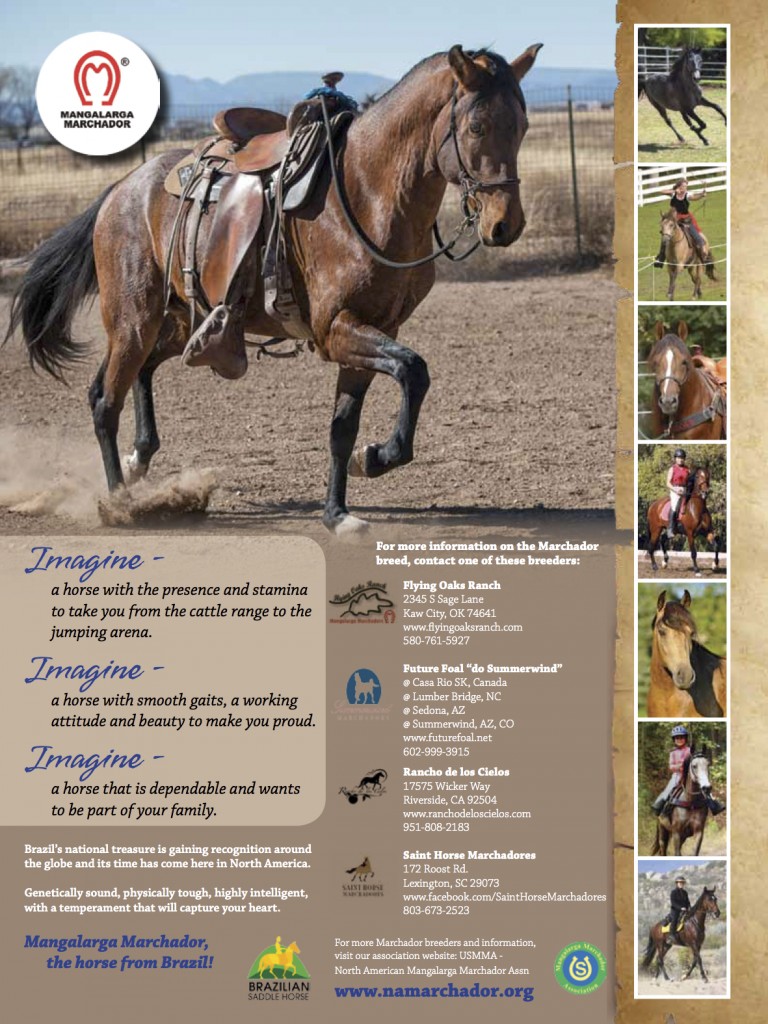 Marchadors also showed up in at least 2 other publications!

Marchadors in ACTHA in April -by Laura Hinson, both Marchadors and Icelandics featured because of her.    To read the article, click on the link below.

Marchadors in Riding Magazine by Lynn Kelley about the ABCCMM inspection process.  LOTS of photos.  Follow this link to read the article.

Click on the photo to see full-size, then hit the back button to return to the photo album.

Please click on the pictures below to view larger to read the article!

You can also view other Saddle and Stirrups issues where the Marchador is featured!

Subscribe to this innovative ipad magazine today!  Filled with great information, photos and videos.  The Mangalarga Marchador will be featured often.

You can order from itunes or by visiting their website