Our update from Laurie Klassen in SK, Canada:

“A successful season has come to a close for this Saskatchewan Cowboy Dressage rider. The cold and snow has crept in and the horses will have a winter layoff now.

The season was fun and I feel I accomplished some good goals. Both of my Marchadors ended up competing after my mare Joia had to be laid off to an illness.

Joia has beautiful rhythm and this season received a bronze award and pin for her accomplishments.  Beethoven went from the trail to the rail to the show arena in a blink of an eye as he stood in for Joia.
Beethoven received some good marks in his dressage tests and was awarded a champion ribbon.  Judges for the season were Kim Moats Canada and Lynn Ringrose Moe California for the finals.

Marchadors have lovely rhythmic movement and I encourage MM owners to give this sport a try.

Thank you to Jody Lynn Busch Horsemanship for her guidance.”

Photos of Laurie with her 2 Marchador horses – Joia and Beethoven!

Laurie Klassen of SK, Canada, riding Joia-Norte was awarded the USMMA Show Subsidy for her preparation and participation in Cowboy Dressage Clinic and Show.  It was their first venture into this discipline.

Take a look.  Congratulations to Laurie and Joia! 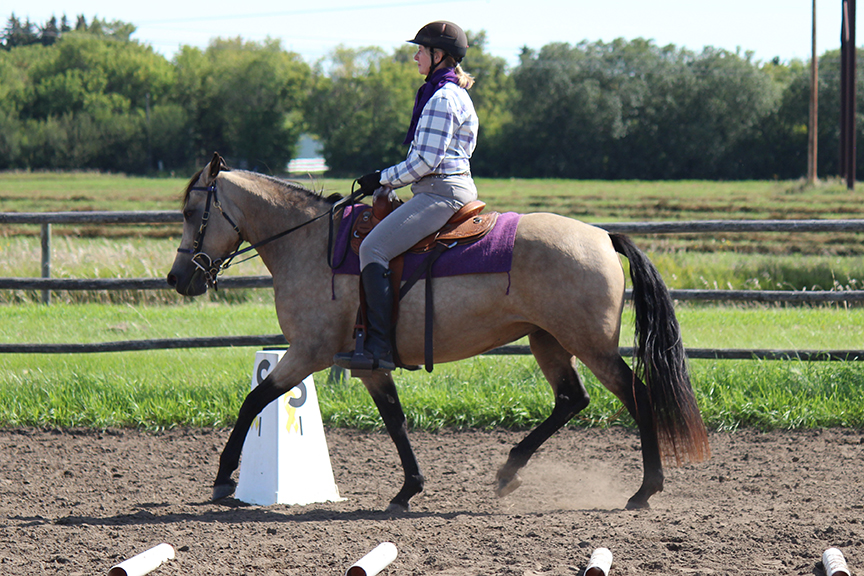 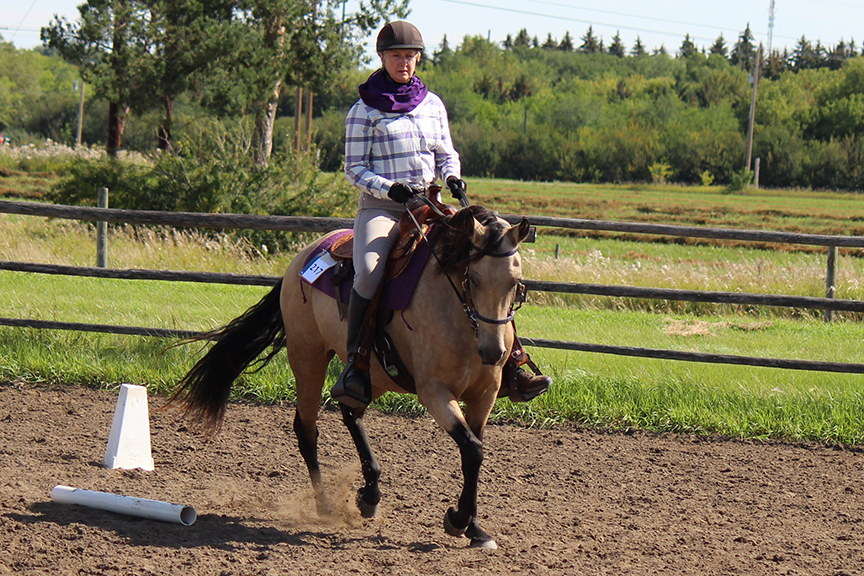