August 17-18
Our friends are coming to visit!  And we are taking advantage of their talents to offer a clinic/get-together at our ranch in August.    Please come and join us !  You can bring your Marchador or use one of ours!  You can just sit, listen and laugh.   It will be fun and educational.
If you wish to participate with a horse, the cost of the clinic will be $100 per day or $200.  First 2 to sign up get the early bird special – 1/2 off!  Let let me know if you want to use one of our horses for the clinic.  I will try to match riders and horses. N/C.
If you wish to audit, the cost of the clinic will be $15 per day.
Included in the lectures and riding: 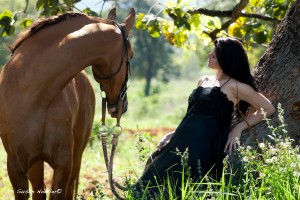 Dr. Laura Patterson  –   Lives in Salvador, Bahia, Brazil.  But, being English too, she speaks Portuguese and English fluently.  A great friend to have in Brazil!  She is a vet, rider, trainer of all breeds and has exported Campolina horses to Mexico.  The Campolina horse is a larger breed, but with similar gaits to the Marchador, mostly marcha picada is popular in Bahia.    Laura brings a wealth of experience and knowledge wherever she goes and we are happy that she is willing to share it with us.    In 2012, Laura and Ann worked together on behalf of the ABCCMM, the Marchador association in Brazil.  This year, Laura got the opportunity to study at Cornell and took it!
Several years ago riding the championship at 1.25M https://www.youtube.com/watch?v=jpQyDT2Tgdw 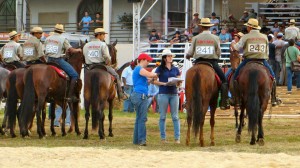 Dr. Ann Staiger  –  We first met Ann because of her study on gait genetics.  The ABCCMM became one of her biggest fans, flying her to Brazil to collect DNA, measurements, surveys and videos of the Marchadors to be included in her study.    Originally from Maryland, her gaited breed is the TWH.  Her family owns and breed them.  But she loves all horses.   Ann studied at OSU, Masters in Animal Science and Breeding, and now Cornell PhD in animal science and equine genetics.  It is where she is seeking to discover and explain gait and temperament of gaited horses by finding a gait gene and gait gene combination with conformation traits.    We are quite impressed with her and her work.  For more information on her study, follow this link:  http://www.ansci.cornell.edu/brooks/study_intro.html
It should be a small and intimate group with plenty of time for one on one instruction if that is what you want.  Or, you can just sit at the picnic table and soak it all in as a spectator.
If you are interested, I can send out driving information, hotel information, camping information or whatever you need.  Come early or stay late!    We can share more time together than just the clinic days.
Please respond to me if you can make it!  I will send an invoice via PayPal or you can mail a check.  This is a special event, it can’t be repeated easily!
Thanks so much for being passionate about the Mangalarga Marchador!
Planning for the future:
Winter 2013 or Spring 2014
The Dead-Broke Rider with Ned Leigh, Equine Focus
Human to Horse with Alessandra Deerinck (probably in CA)

There are many reasons to visit Brazil!  But the best reason is for their horses!  Did you know that Brazil is #4 in numbers of horses?   (The U.S. is #1)   I go for the Mangalarga Marchador – the National Horse of Brazil.

And to have fun!  Brazil’s people have a great sense of humor and warmth.   And passion,  especially about their soccer and their horses!   They are very serious breeders with some families having many generations in horses.  Some of the original bloodlines and farms are still working – after two centuries!

Ever been? Take a look. The song is about Minas Gerais (General Mines), the mountainous state in the south of Brazil where the photos were taken.

In July, I traveled alone, and in July there is only one choice for me – the National Mangalarga Marchador Exposition in Belo Horizonte, MG.   Why?  Because everyone is there!

The ABCCMM (Brazilian Marchador Breeders Association) holds the MM National Show every year in July for 11 days.   To participate in these championships 1.500 Marchador horses and their riders from all over Brazil travel to Belo Horizonte.    All of the horses have to qualify to come by winning in several regional competitions.   At the National Show, you can see the top Mangalarga Marchadors of Brazil in one place, at one time.  It is like a candy store for the eyes.

In Brazil, the land of endless spaces and great distances,  special emphasis is placed on the Marchadors’ natural gait, for which they were named,  called the MARCHA.  There are 2 championships given in each age and sex category – Champion of the Marcha and Overall Champion.   For the overall Champion, there are three parts and the scores are combined to determine the winner:

All three parts can be going on at the same time for the big ring.   The Marcha tests are carried out on the outside – an oval track, very similar to a race track with the horses moving at a good speed.   There are separate classes for Marcha Picada and Marcha Batida.   The horses move at a constant pace for 40 to 60 minutes.   The breed is known for endurance and the gait is tested to ensure it holds up over long distances.

The judging is SO different.

Overall, there are about  30 judges present for the entire eleven days, and they are long days, from early morning until after midnight!   There are five judges evaluating the marcha competition .  Each judge is accompanied by an independent person, from an auditing company.  That person is the one who marks the notes and the scores from the judge he is with.   While the class in going on, the judges cannot talk to each other, only to the auditor.

Each judge rides every horse in the class!  The Brazilians love to have other people, even strangers test drive their prize horses.   However, in this case, the judge is checking the temperament of the Marchador as well as the gait.   The gait is judged on many aspects, not just the smoothness.   These are:

The functional test  part of the class was added four years ago by the ABCCMM to test the temperament, the versatility and the overall training of the horse and rider.  The fuctional test is similar to Working Equitation or a Trail Class, with obstacles like a gate, poles, barrels and jumps, performed in a pattern in specific gaits for each obstacle.

This year, I got to stand with the judge during the Functional Test to learn more about the judging and point system.   What a thrill!   We run this Functional Test in a simplified version here in the U.S. with our Marchador horses.

After every class champion is named, there are final classes to name the CHAMPION OF CHAMPIONS.  All of the different age champions compete against each other (male and female are in different groups).   The Champion of Champions this year was from a breeder I know, so I was as proud as he was when the name was called.

There is the general festive atmosphere and much to do at the National Show.   At night, there are bands playing and serious horse auctions.   Sometimes the Marchador is for sale (100% or 50%), but also breedings and embryos go for high prices.   During the day, in other arenas, there are sporting events like pole bending, team penning and barrels.   The big breeders have booths where they display their awards and their horses.  The vendors are selling food, drink, saddles and more!    If you see a Marchador you like, chances, are you can ask to take it for a test drive!

It was a whirlwind trip,  but the ABCCMM makes it a memorable one every time.   I would love to share it with you, for real.

Do you need a reason to go – here are my top 5!  Mark your calendars!