With Karen’s purchase of Isabelle do Great Lakes, SW Future Foal gained a new breeder!  Welcome to Future Foal @ Sedona, and Karen Livesay and Randy Conilogue who want to invest and contribute to the future of the Mangalarga Marchador breed here in North America!

She’s a native Southern Californian of Costa Rica-Nicaragua Indian descent.   Undergrad from UCLA, MBA from Pepperdine’s Graziado School of Business and doctoral study in Systems Theory from Fielding Institute all contributed to her future as an entrepreneur and businesswoman.  Karen has had an exciting and intense business career.   She ran her own million dollar manufacturing company, directed support services in a Fortune 5 company, and held an adjunct business school faculty position at California Lutheran University. 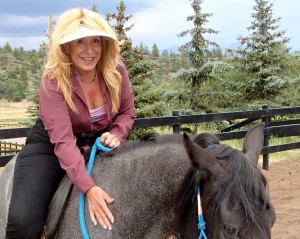 For Karen, Four Winds Adventures, a large-event planning company she established in 1996, was a culmination of a lifetime of loves and expertise. Selling the company’s premiere property, the Sedona Marathon, to the Sedona Chamber of Commerce in 2011 has allowed her to become a world traveler, art collector, breeder of Mangalarga Marchador gaited horses, and philanthropist.  Married to her husband since 1981, they fostered two older children for 11 years, and she is a cancer survivor.

Randy was born and raised in the central California valley. In school, Randy excelled in science and math and played trumpet in various bands and music assemblies. He attended Bakersfield College concentrating on science and physics classes in anticipation of pre-med education studies. He soon changed his focus to Physics, because he said, “It is more challenging than pre-med” – and little did he know how challenging it would be. 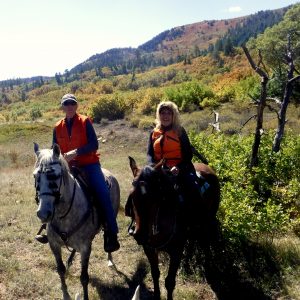 In the summers, Randy worked for his father, an industrial electrical contractor, wiring commercial buildings and facilities, as an apprentice electrician to earn money for college. Randy transferred to the University of California Los Angeles, UCLA, and his educational focus became Electrical Engineering. Entering the UCLA Electrical Engineering School, Randy Completed his BS, MS, and PhD degrees with a primary focus on Semiconductor Physics. Meanwhile, while working on his Masters degree, he hired into Hughes Aircraft as a summer hire, eventually becoming a fellowship employee, and thereafter continued to work for Hughes and its successive companies, Hughes Electronics and Raytheon. Randy worked on airborne radars, missile seekers, GPS, and other defense systems.

While at UCLA, Randy met his future wife (though he did not not know at the time) through friends in the Greek system. They did not see each other for many years after college and later reconnected and married and have been married over 35 years.

In 1997 Randy and Karen decided to move to Sedona AZ, sold their home in Thousand Oaks, CA the day it listed, and Karen went off to Sedona to build their new house. Randy meanwhile continued working for Hughes in California. In 2000, he transferred to Raytheon Missile Systems in Tucson, AZ. Meanwhile he and Karen fostered two boys for 11 years. Randy retired from Raytheon in 2011.

After retirement, the commuting from Sedona to Tucson and back stopped, and Randy and Karen started to travel around to world to bucket list places such as London, Paris, Africa, Dubai, Rome, Prague, Budapest, Alaska, New Orleans, Pagosa Springs, Istanbul, Greece, Croatia, Brazil, China, Russia, and many others.

Randy and Karen are starting to slow down the foreign travel and enjoy their horses and pets and retirement lifestyle. Randy decided a new challenge and education was in store, by learning to ride, train, and understand Karen’s horses. His favorite statement on one of his first rides, as the Missouri Foxtrotter horse bolted for home along a cliff, was – “I’m gonna die!!!!!!!!”. He did not die and now is riding Karen’s sweet natured Mangalarga Marchadors and telling Karen how she should train them (not the wisest move to a woman who has had horses since childhood). At first Randy couldn’t even say Mangalarga Marchador, instead referring to them as a Maquiladora Margaritas. Now he is interested in them as wonderful athletic companions with strong, exotic and graceful looks. 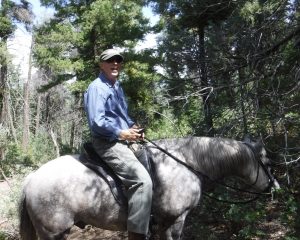 In additional to riding and traveling, Randy likes to hike and bike, and volunteers with the local Boy Scouts of America troop in Sedona as an assistant scoutmaster, and the First Robotics Competition in Phoenix Arizona as a robot inspector and Workshop coordinator. He supports the Mangalarga Marchadors breed through Summerwind Marchadors and he and Karen are committed to seeing the legacy of the breed continue in the USA in their own breeding program with Summerwind.

SW Future Foal @ Sedona will be breeding Isabelle do Great Lakes this fall to Talisma Kafe, using frozen semen imported from Brazil.   With his extraordinary conformation, smooth gait and COLOR,  we are expecting greatness!    Izzy, affectionately named, has a great marcha too.   She is flashy, but sweet, super intelligent and people-oriented.  She is a half-sister to Summerwind’s Koyote Libertas and Brasilia do Summerwind who you may know and love already.

Contact us to reserve a Future Foal ” do Summerwind” to be born Fall 2017..

Click on the PDF file to get a flyer with SW Future Foal locations and contact information!  Now breeding in AZ (2 locations), CO, NC, and SK!