Historic Fazendas of Brazil–translated from Portuguese 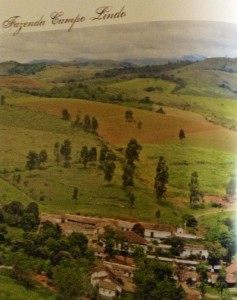 Founded in 1870, Campo Lindo Farm lies in the south of Minas Gerais. With a noble and mighty facade, the house has wide doors and windows and a colonial roof having detailed inspired by European Architecture. Its inside is made up of more than 20 rooms holding ornaments, furniture, photographs and documents of the time, a large collection kept by the Junqueira Andrade for the preservation of the memory of several generations who lived there. The property was always outstanding as an authentic farm of Minas Gerais, with Netherlander cattle raised for milk and horses as well.

It was one of the most important horse farms in the history of the Mangalarga and Mangalarga Marchador breeds. It is also the seat of the JB lineage- a symbol of quality and beauty, which, even today is considered one of the main stud farms of magnificent animals. 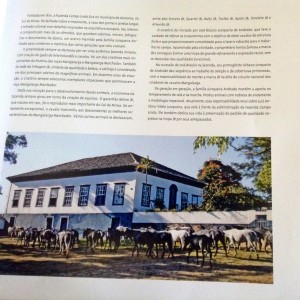 In 200 years of activity, the breeding establishment always selected impeccable examples of the breed which improved Marchador breed.  Due to its passion for development of these animals, the economy the farm always around revolved around horse breeding. Beline JB, the stallion born in 1901, was the most outstanding reproducer in the south of Minas. Having an exceptionally fine march, the stallion transmitted to its progeny the best characteristics of the Mangalarga Marchador. Several others stand out: Sincero JB, Quartel JB, Haity JB, Tostao JB, Apolo JB, Omelete JB and Atrevido JB. 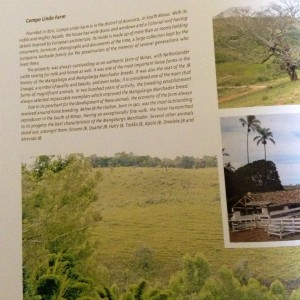 The establishment was started by Jose Braulio Junqueira de Amdrade, who took care to refine the breeding with the objective of producing horses with a strong structure which could yield great comfort during leisure and robustness to work in the fields and ranch. Totally devoted to the activity, the breeder made the JB line famous and was able to consolidate a herd of great refinement and racial expression without forgetting the functional qualities. Succeeding Jose Braulio at the farm was his first born son, Urbano Junqueira de Andrade. He gave continuance to the work of selecting and perfecting breedings with the responsibility of keeping the JB line in the elite of the national circuit of Mamgalarga breeders.  From generation to generation the family has kept betting on the saddle temperament and the smooth gaits of their horses.  They produce animals with nobleness of Marcha and impeccable conformation. 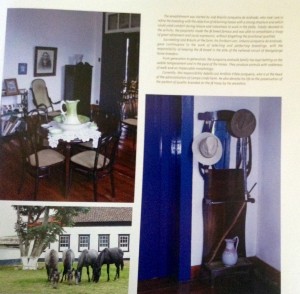 Today, this responsibility befalls Luis Antonio Vilela Junqueira, who is at the head of the administration of the Campo Lindo farm. He also devotes his life to the preservation and quality branded on the JB line by his ancestors.

editors notes:  The first sons of the Baron frequently chose their initials to brand their horses. Hence, JB was Jose Braulio.   The JB line is still noted today for a fine Marcha.   Often, the color is bay, and recentle, the popular pinto, and they are strong in structure. Frozen semen donor Talisma Kafe is pure JB blood.