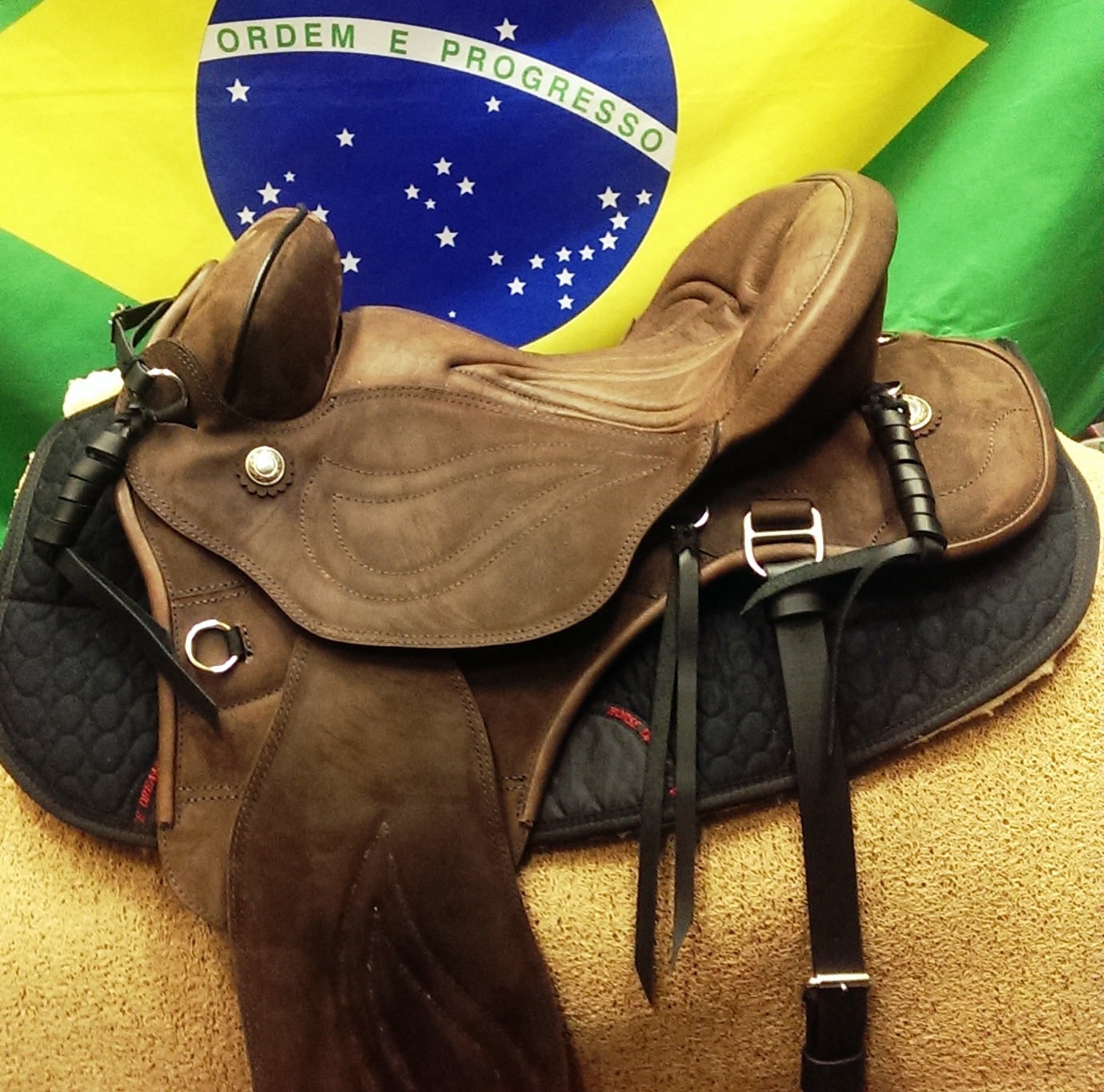 We have some exciting news!  Dana @ Nickers Saddlery has completed a new saddle model – the Western Gaucho.

This saddle is inspired by the Brazilian saddles that the cowboys, or Gauchos as they are called, ride their Mangalarga Marchadors in. Although the style is not exactly as the gauchos use (each gaucho often handcrafts their own version of a saddle) the style takes some elements of what the gaucho saddle is often seen with.

How is the Western Gaucho different than the Western Sport? The rear jockey is larger, wider and more shaped,  the seat has a Cheyenne roll on a tall western cantle, there is a rear cinch ring which may be used for center fire rigging or with a rear cinch. This model comes standard with western D rigging, and a ring for removable billet or buckle for stirrup attachment. 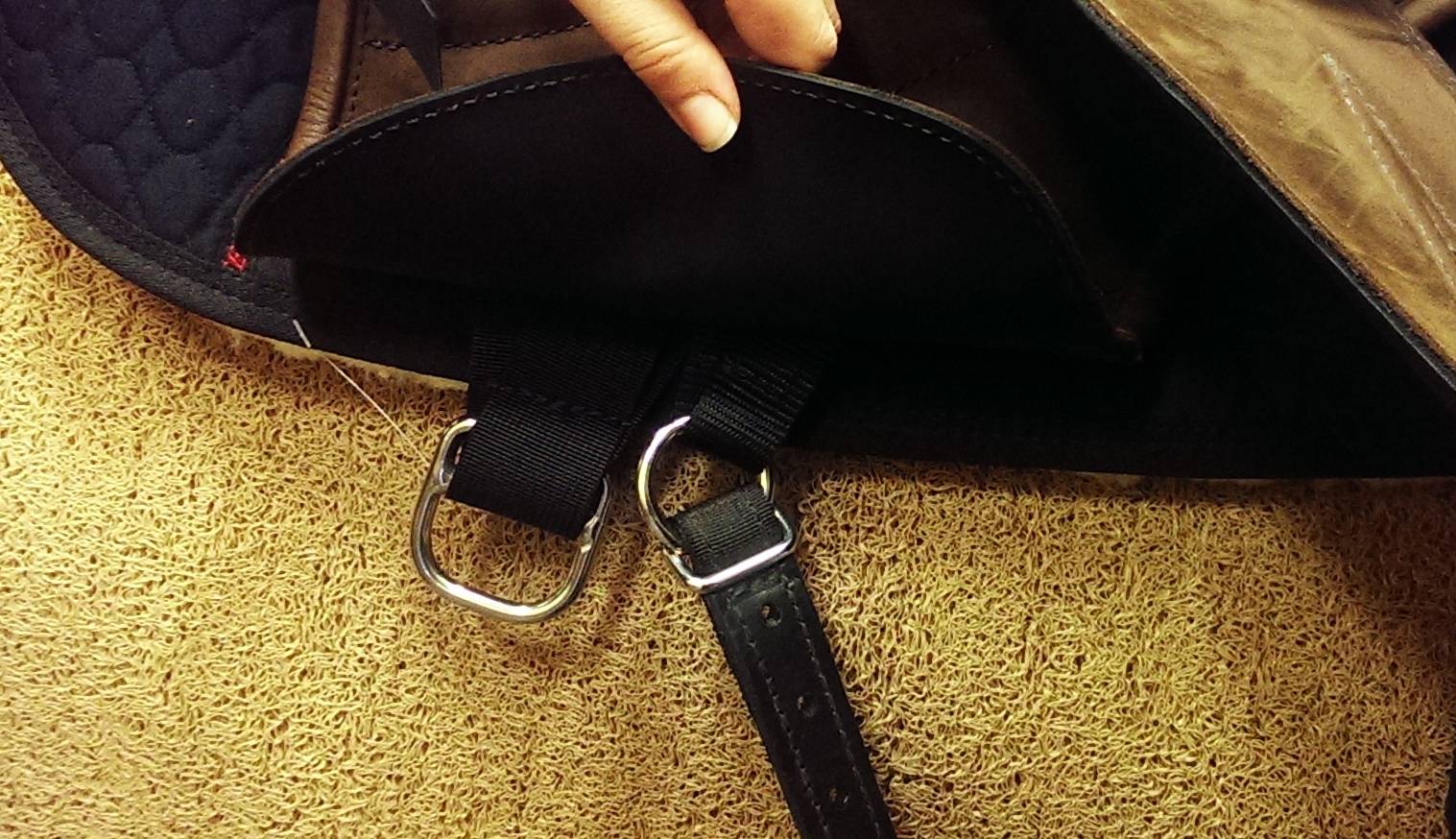 The fenders, rear jockeys, swell, seat pattern and underside are all the same as the Western Sport.

The weight on this saddle is our heaviest at 15lbs.. The length is the same as the western sport at 23″.

The Western Gaucho will retail for $1680.